What is ARBA?     Our family has been raising rabbits over 20 years and while we were not aware of the many rabbit breed clubs and various organizations when we first started, we met people that were involved in showing rabbits which appealed to us. After attending a state fair rabbit show and a sanctioned ARBA rabbit show we took a greater interest in other breeds of rabbits as well as the professional aspects of showing rabbits. After our family joined  the American Rabbit Breeders Association (ARBA) we received membership cards, a copy of the book entitled “The Official Guide Book to Raising Rabbits & Cavies”  and more!  Membership included a subscription to the ARBA magazine “Domestic Rabbits” which we also received in the mail.  We found the Official Guidebook to Raising Better Rabbits to be a very informative book with many basic helps for people raising rabbits. The bi-monthly publication Domestic Rabbits, which includes current reports and information from the association’s officers, specialty club and district news, listings of upcoming shows, and lists of judges and registrars is also a resource of rabbit breed clubs, and  articles by ARBA members that share their experiences, opinions and advice. The ARBA Yearbook contains the constitution and bylaws of ARBA, show rules, listings of current district directors, lists of both judges and registrars by state, and a listing of all the clubs currently sanctioned by the ARBA.

Since the ARBA established procedures for the organization of state, local, and specialty rabbit clubs along with guidelines for exhibiting rabbits and cavies, the rabbit breeders could attend any of the rabbit shows sanctioned by the ARBA and know that the rules and procedures would be the same. Those same standards would also be used by the ARBA judges during the Open shows and Youth shows.

The ARBA is also responsible for the licensing of the rabbit judges that officiate at the various ARBA shows and the licensing of registrars who examine and register rabbits of ARBA members. ARBA publishes the Standards of Perfection of the 48 rabbit breeds recognized by the association which helps to maintain a uniformity of evaluation for the rabbit breeds presented for show competition and also the requirements for registration.

There are many rabbit shows and conventions for members to get involved in throughout the US. Let us know if you would like to join the A.R.B.A.!

The A.R.B.A. is the only American all-breed organization on the national level with its membership comprised of both rabbit and cavy breeders. (There is, however, an American Cavy Breeders Association.) While the A.R.B.A. was originally founded to promote both the commercial and fancy aspects of rabbit raising, it has primarily focused on the fancy, or exhibition, perspective of rabbit raising in the last several years. Within the last few years, there has been a resurgence of interest in the commercial aspect of rabbit raising primarily due, at least in the author’s humble opinion, to the efforts of one woman–Pat Lamar of Washington. She was appointed head of the Commercial Committee by the A.R.B.A. President at the time, Cindy Wickizer. Pat worked tirelessly to reacquaint rabbit breeders with this almost forgotten attribute of the utilitarian rabbit.

Once your initial membership application is sent in and processed, you will receive a packet of material back from the A.R.B.A. home office. In this material will be your membership card, which will have a number on it that is unique to you. You will have to present this card to be able to register rabbits.

Also in that packet will be the Official Guidebook to Raising Better Rabbits and Cavies, which is simply overflowing with good information. You will automatically receive a subscription to the bi-monthly publication Domestic Rabbits, which includes information about the various facets of rabbit/cavy breeding such as medical information, specialty club and district news, listings of upcoming shows, lists of judges and registrars, and much, much more. Each year you will receive a copy of the A.R.B.A. Yearbook, which contains the constitution and bylaws of the A.R.B.A., show rules, listings of current district directors, lists of both judges and registrars by state, and a listing of all the clubs currently sanctioned by the A.R.B.A. The Yearbook also has a state by state listing of all A.R.B.A. adult members with their addresses and, in many cases, a listing of what breeds they raise. In a separate section are the rules for the various youth programs offered by the A.R.B.A. along with listings of the youth members names and addresses. (More on the youth programs later.)

The A.R.B.A. provides a common meeting ground for all rabbit/cavy breeders or fanciers from any background. This provides the members with unlimited opportunities to interact with other A.R.B.A. members from anywhere in the United States, Canada, South Africa, Australia, Japan, and Great Britain as well as many other countries.

The A.R.B.A. established procedural protocol for the organization of state, local, and specialty rabbit/cavy clubs as well as setting strict guidelines for the exhibition of rabbits and cavies. These guidelines allow breeders to attend any show sanctioned by the A.R.B.A. in any part of the nation and know that the rules and procedures will be the same. In addition to establishing the protocol for clubs and shows, the A.R.B.A is also responsible for the licensing of the rabbit/cavy judges to officiate at shows and the licensing of registrars to register rabbits. By doing this, the A.R.B.A. can maintain a uniformity of evaluation of each animal presented for competition and/or registration.

Working with the national specialty clubs, the A.R.B.A. has taken the responsibility of maintaining a written standard for every breed of rabbit or cavy that it recognizes. These are very precise descriptions detailing what the perfect example of each recognized breed would look like. These standards are compiled and published in a book, Standard of Perfection, and are the basis for all judging competitions sanctioned by the A.R.B.A. Each standard is carefully reviewed, updated, and republished every five years.

Closely related to the “Standard of Perfection” is the national registry of rabbits and/or cavies that is maintained by the A.R.B.A. This registry is unique in the nation, if not the world, in that each and every animal presented for registration has to be individually examined by a licensed A.R.B.A. registrar! Each animal has to meet the minimum specific breed requirements as set forth in the Standard of Perfection. (Certain dog and horse clubs are now doing DNA typing, but I don’t know if they have finally started requiring similar individual animal examinations.) Using this procedure assists in maintaining the highest quality possible in registered stock because unworthy offspring are not “automatically” registerable just because their parents were.

The A.R.B.A. is among the leaders in providing grants for rabbit/cavy research. One of the current recipients, Dr. Mark Suchow, is trying to develop a vaccine for the prevention of pasteurella multocida, which is one of the worst nightmares for a rabbit breeder. Regular reports on his research are carried in Domestic Rabbits magazine which is the ARBA magazine published and mailed to members. 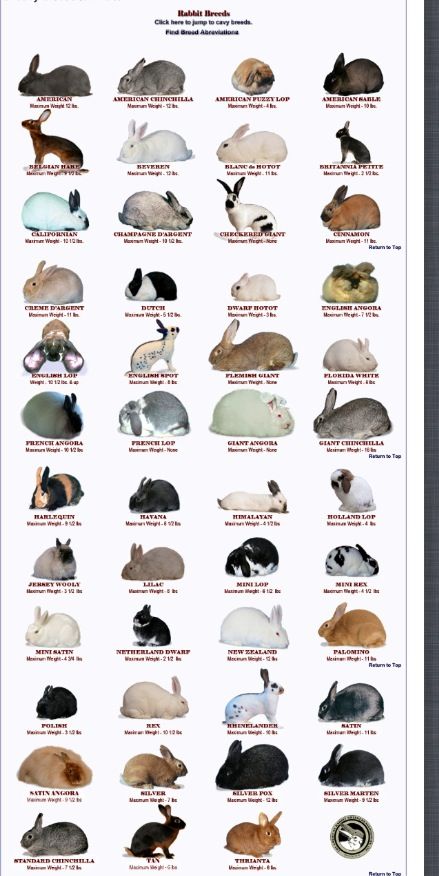 The United States and Canada are divided into districts, and each district holds regular elections for a director who will represent that district at A.R.B.A. meetings. Within the A.R.B.A., the President and Vice President are also elected, and sometimes the campaigning can get a little stiff. Members are actively encouraged to know their district representative and to participate in the election process.

Once a year, for four days in October, the A.R.B.A. holds a national convention that is probably the biggest rabbit/cavy show in the world. Breeders from all over the country, and frequently from around the globe, enter the very best of their animals in hopes of winning the coveted Best In Show trophy. These conventions are held in various cities around the nation from year to year, and to the newcomer, they can be just a bit overwhelming. In 1997, the convention was held in Madison, Wisconsin, and there were over 19,000 rabbits were entered. Walking into a room the size of two football fields and seeing all these top quality specimens of each breed is a totally awesome experience. (The ’97 convention was this author’s first.)

The A.R.B.A. doesn’t neglect its youth. In about 1958, the A.R.B.A. initiated a program called the “Youth Division Specialty Club” in order to formally recognize its youth members. While the youth members did enjoy some of the same services of the adult members, they elected their own officers and directors, had their own separate constitution and bylaws, and made their own rules.

During this period, they were often referred to as “a club within a club.” They did have their own national sweepstakes program, but it didn’t fare too well because there were simply too few youth shows.

In 1971, when Oren Reynolds became president, he proposed sweeping reforms of the youth program. He wanted to bring the youth fully into the A.R.B.A. with the same privileges as the adult members except the ability to vote. His reforms did suggest lowering dues and sanction fees as well as abolishing the unsatisfactory sweepstakes program and replacing it with contests geared specifically to the youth’s needs.

In the first year of the reforms implementation, youth membership more than doubled, and it still continues to grow each year. The A.R.B.A.currently sanctions 58 youth clubs. (California has the most with 13 separate youth clubs. However, many states have no youth clubs.) Many youth members also belong to their local 4-H and/or F.F.A. programs. Because of this, the A.R.B.A. tries to work hand-in-hand with the national headquarters of both 4-H and the F.F.A.

The A.R.B.A. offers several youth contests that are based variously on the youth’s knowledge of rabbits/cavies, proper herd management, and record keeping and on a youth’s ability to judge the quality of their animals, among other things. These contests include the National Achievement Contest, the National Management Contest, the Educational Contest, the Judging Contest, and, of course, the well-known Rabbit or Cavy Royalty contest. While the Education, Judging, and Royalty Contests are held on a national level at the national convention, the others are held first on a district level with the district winners then competing against each other for a national winner.

Anyone wanting more information about the A.R.B.A. is invited to write to:

The A.R.B.A. is also online, and its Web site is located at http://www.arba.net Its e-mail address is ARBAPOST@AOL.COM.

All visits, programs and parties etc. are by appointment and confirmed by email.
******** 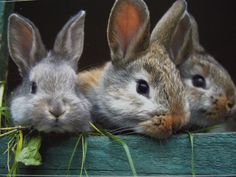 We have attended those and many more!
Garden Gate rabbits will make the day of your “Special Party or Occasion” an unforgettable one! Garden Gate custom plans a program for you and your guests. Our programs include live rabbits with introductions of different breeds (including celebrity rabbits), storytelling, illustrated personal experiences, educational demonstrations, presentations, stunts, displays, Question & Answer session, prizes/gifts and much more!
Visit our Rabbit Park page and read about our Special Events.

<> <> <>
Garden Gate Rabbit Park
Every day begins with a smile! Enjoy meeting varieties of delightful rabbit breeds each time you visit! This beautiful park is a lovely location to make photographs of our extraordinary rabbits posing with you and your guests. Schedule your visit early!

Your shopping cart is empty
Visit the shop

Help support our bunnies with contributions of any size that will help pay for feed and hare care products!